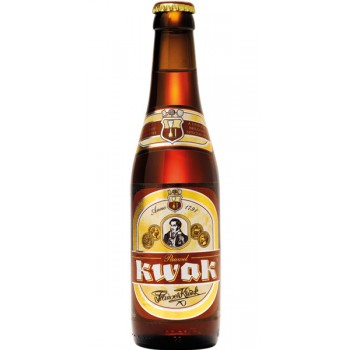 As with other Belgian beers, Kwak has a branded glass with its own distinctive shape. It is held upright in a wooden stand; the brewery claims the glass was designed by the innkeeper Pauwel Kwak in the early 19th century for coachmen who would stop at his coaching tavern and brewery named "De Hoorn", though the beer and the glass were not launched until the 1980s.
Включена в книгата "500 бири от цял свят, които непременно трябва да опитате"